N is for Norsemen (and women!)

I am obsessed with everything Viking. I binge watched the show on the History Channel. I've recorded and watched every documentary I can about the history and culture. I have added pictures and articles to my "wish" board so that one day I can travel to the many museums scattered throughout Sweden and Denmark and Scandanavia. So I'm just going to ramble on a bit...

My struggles are nothing compared with what people in the past had to deal with. Sure, in today's times what I've been through (and continue to face) is pretty tough. But I'm reminded that people of long ago faced much larger dangers.

Had I existed in Viking times, I'm sure I would have been something akin to the village idiot or a slave, so I'll be grateful I exist in 2017 instead of 817. Still, I can fantasize all I want about being a shield maiden or a warrior woman fighting alongside the men if I damn well want to. I'm certainly as tough emotionally as any of those women. :)

I've been pretty strong up till this point, and I'll continue to be as strong as I need to be for as long as I need to be. Perhaps more Lagertha memes are in my future. Or Viking memes in general. If they could survive, then I damn well can.

Maybe one day I will be standing on a cliff, staring out into the sea that was once filled with Viking ships striking out to raid and pillage. I will think of all those warriors and hope that they found their way to Valhalla. 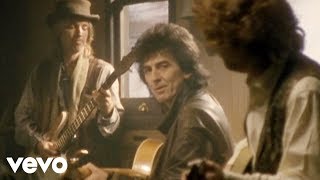 S is for Sing

K is for Karma

H is for Hilarity

The Head Versus the Heart

The magic is returning...

Goddess to the rescue, once again!

Z is for Zoom

Y is for Yesterday

X is for Xanax

W is for Wishes